John Brazier wrote in Cover magazine that the protection industry is in danger of spending too much time talking instead of taking action to improve. Some companies are different.

This article covers two who have enjoyed outstanding success. They have used different strategies, but there are common features, primarily the vision and ambition to grow and determination to act. The results came quickly but have had long term impacts too. They shook protection.

This is one of a series on protection challengers:

Disclosure: Arrivals and departures is based on research and interviews. The challenger game plan and the challenger’s cage result from personal experience: employment (articles 4-7) and observations from my consulting engagements, several of which have been with challengers. 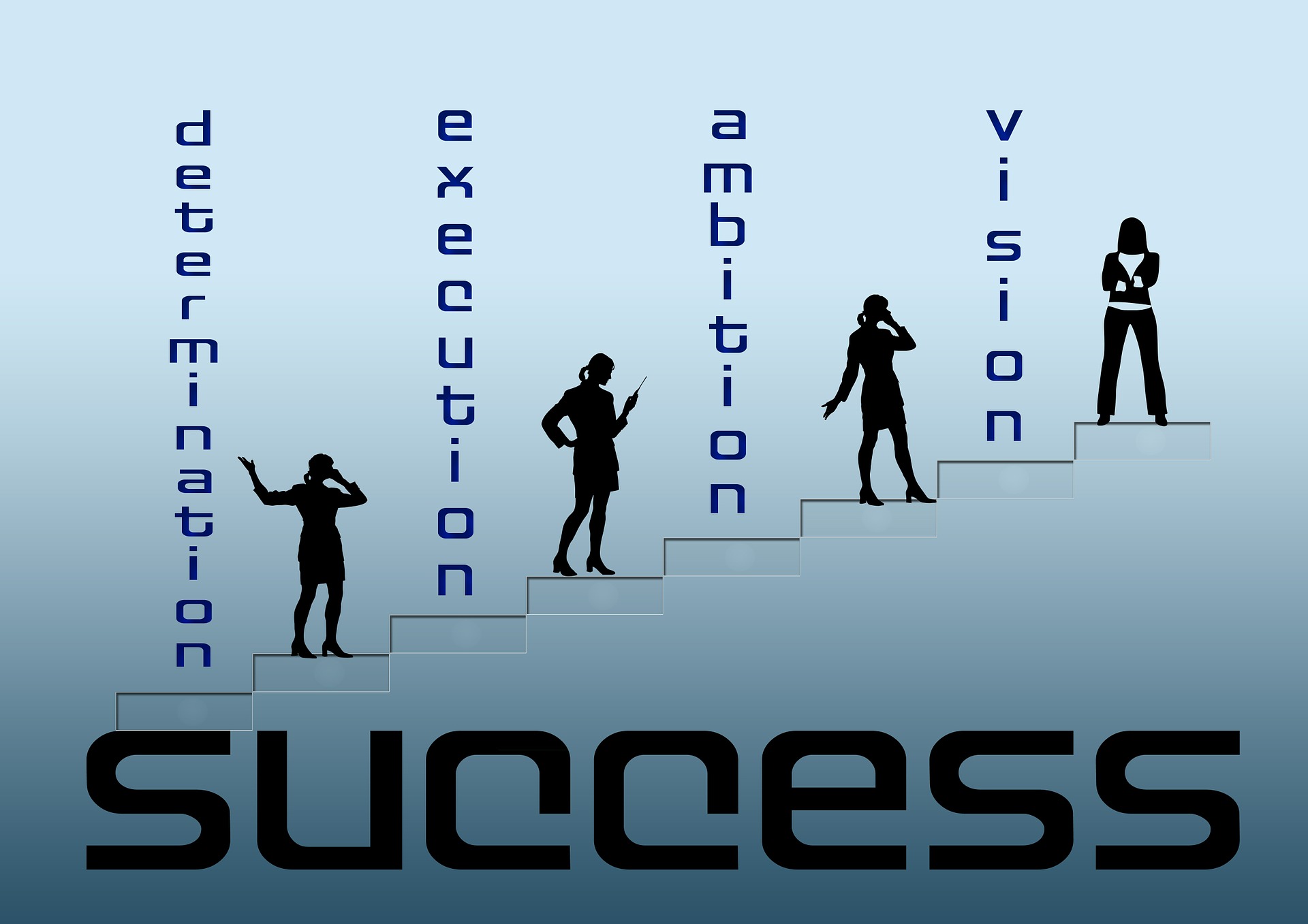 Protection challengers rarely make the breakthrough to which they aspire. But Scottish Provident and Legal & General quickly delivered good profitability and 30%+ market shares.

Some smaller companies face a strategic imperative to scale up or face long term decline and, eventually, corporate death. Scottish Provident (ScotProv) was a sub-scale pensions provider in the early 1990s. It was David up against Goliath-like Prudential.

As Roger Edwards explained in this 2011 interview, way back in 1991 his employer (Prolific Life and Pensions) sold a unit-linked protection menu product. It was called Self Assurance. Despite the originality, the combination of explicit unit-linking and protection was not a winner.

In 1993 ScotProv bought Prolific, giving the opportunity to reinvent Self Assurance; Edwards and Nigel Bradshaw are generally described as co-inventors of the concept. Edwards re-positioned the ScotProv brand as a protection specialist, launching term-based Self Assurance in 1996. Largely as a result, ScotProv’s sales grew from £2m to £60m.

” In 1996, Scottish Provident launched the Self Assurance range. It bucked the trend by using a term platform to deliver the first menu protection product, combining life, critical illness and income protection in the same plan. This caught the eyes of IFAs, enabling them to create a tailor-made product solution for each client – thus putting advice at the heart of the proposition.”

“This menu term product swept the whole of life product aside, becoming the preferred method of writing protection in the IFA sector. The product was also one of the first to offer guaranteed critical illness rates, which continues to be an important element even in today’s market.”

You could say that ScotProv reinvented protection.

I arrived at Swiss Life in December 1996 and immediately copied the Self Assurance concept. A little over 18 months later Swiss Life launched its Solutions range. The results were rapid and impressive: term sales went from £0.5m to £15m and for an all-too-brief period Swiss Life was the second largest IFA protection office. But ScotProv was the biggest, at that point writing £37m. Quite a gap.

Further progress wasn’t straightforward; Swiss still had to integrate its Income Protection into Solutions and had major IT challenges. From a distance further ScotProv product “improvements” seemed like tinkering, but what happened next surprised me.

The Abbey years and beyond

Abbey National bought ScotProv in 2000. Why? Abbey had appetite to grow and diversify their mortgage and savings business. But why did ScotProv sell?

ScotProv had seen dramatic growth: from nowhere to a shade over a 30% IFA market share, becoming Swiss Re’s biggest global client. All in just few years. But this success had its drawbacks; in the days before the Solvency II capital regime selling protection business, though profitable, consumed capital. My perception is that Abbey had it and ScotProv didn’t.

Abbey had already bought Scottish Mutual in 1992 and BBC reports stated that Abbey would cut hundreds of jobs. ScotProv’s senior management were unimpressed.

As Edwards explained in the 2011 interview, Royal London had just missed out on ScotProv, but got Edwards and six others to form a business plan which resulted in the launch of Bright Grey in 2003.

In 2004 Abbey was sold to Santander, who sold all its life insurers to Resolution in 2006.

I visited ScotProv around 2006 and it was clear that a lot had been lost. The quality of their distribution had declined. Pricing had long since stopped being competitive, as the company continued to rely on brand, product and commission.

In 2008 Royal London bought ScotProv – second time lucky? Bright Grey and Scottish Provident were run separately until 2016, when they combined under the single Royal London brand.

It was realistic. ScotProv understood its need to change and buying Prolific seemed a good choice. Presumably it was aware of the Prolific Self Assurance range and its potential to expand protection. There are many sub-scale companies in the market today. Can and will they change?

It modernized protection. Before the mid-to-late 1990s a lot of protection needs were covered by endowments and whole of life contracts. The term assurance concept, which seems so natural now, was crowded out. ScotProv helped to change all that with term cover and much more.

It shaped the market. Term cover would have been good, but the protection menu range was market changing. Having a menu range is a hygiene factor in the IFA market. Over 25 years after Self Assurance an increasing proportion of sales are multi-benefit.

Its quality was apparent. The sales, marketing and literature were superb. Despite the 2016 rebranding, a ScotProv website still exists and is a reminder of their standard-setting literature. It sets out critical illness definitions and how they varied by year.

It used technology. Before “clever” pricing and underwriting ScotProv’s QUOD system enabled menu-based quotes before they became mainstream on portals.

Some of the Legal & General (L&G) story was before my time, so I read the obituary of former CEO David Prosser with interest. When Prosser joined L&G to head its investment division it was the UK’s fourth biggest insurer – a Goliath – but, with many others, was to face payouts, fines and losses relating to mis-selling mortgage indemnity policies and personal pensions.

Prosser cut costs and prices but raised standards. He was CEO over my time at L&G (2001-2004). L&G was already a mass-market protection provider. Prosser’s influence was immense. One colleague, still with the L&G group – remarked that “we were there at the start of protection greatness”.

The top individual protection insurer for 2003-2020 inclusive, L&G has shown the long-term leadership not possible at ScotProv. Given no M&A drama, apart from the 1999 failed merger with NatWest, I’ll highlight a few achievements.

Also included was perhaps the earliest implementation of distributor quality management (DQM), years before this became part of the mainstream protection and reinsurance conversation. The work has developed since, with a continued commercial focus.

L&G offered DQM to intermediaries, ensuring business quality is consistent with expectations. L&G calls DQM distribution quality management, perhaps to take the emotion out of the discussion. But L&G’s offering of almost 20 years ago was already going beyond DQM analytics.

In around 2003 L&G launched the Early Warning System. Expanded into L&G’s Existing Business Agent Hub, it enables agents to manage their business:

L&G developed its underwriting strength early. Concerned about service levels for traditional medical evidence, L&G introduced Subject Access Requests (SARs) and was followed by others. The process was later abandoned, following pressure from the BMA, but the intent was clear.

In Q4 2019 L&G said it wanted to raise its “straight through” underwriting decisions from 83% to 90% in 2020. This might have been too ambitious, but again the direction and intent are clear.

L&G’s protection strategy has been self-reinforcing; being price competitive is nothing to be ashamed about and this, backed by its well-known brand, has secured L&G distribution deals with many financial services and retail organizations.

Many of these achievements are at least as much cultural as technical.

It pivoted. In the early 1990s L&G, although large, faced significant challenges. With the leadership of Prosser they gripped the situation and turned around the supertanker.

It shows huge ambition. Back in the late 1990s L&G was already a successful life insurer. But it was not nearly satisfied, a characteristic it has displayed over decades. Today you can see L&G learning the lessons from fintech and starting to replicate its UK protection success in the US.

It shows true leadership. ScotProv’s strategy seemingly placed a heavy emphasis on product. L&G’s emphasis has been different; while having protection products that are fit for purpose it has focused on providing price and process leadership. This is harder to copy than a product focus.

It models drive. This can be seen as its stated “deliver at pace” ambition. In my time I recall the Head of Protection being called in on a weekly basis: what did he intend to do to drive up sales to the target market share? L&G wasn’t a place to work if you wanted an easy or quiet life!

It focuses on results. The result of the above? L&G has sold more protection than any other UK insurer for almost 20 years. There’s no sign of let up. It enjoys a 30% market share across all individual protection. With its IFA-only stance, not even ScotProv achieved that.

Ambition and action. Some have little ambition, being content with the status quo in a well-remunerated sector. Others have ambition but can’t deliver. ScotProv and L&G both over-achieved. Royal London is taking forward ScotProv’s product ideas and L&G is powering on. How about you?

Product. Does good product development lead to competitive advantage? That’s been tried with doubtful results. L&G hasn’t really pursued it. The subtler lesson from ScotProv is that product structuring works. There’s more to come on structuring, with different areas to emphasize.

A final thought on opportunity: what if you could put the best of ScotProv and L&G together? Despite ScotProv and L&G’s tremendous achievements, I believe there are great opportunities to deliver much more on pricing, underwriting and product structuring.