Circle Theorems: Thales of the unexpected 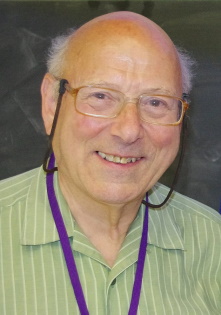 Dedicated to the memory of Peter Neumann, OBE. Or as he would write, ΠMN. Peter died of Covid in late 2020.

I attended only one series of his lectures, fittingly on group theory. His presentation and proofs of the Sylow theorems were outstanding. Almost 30 years later we exchanged emails and he displayed his legendary courtesy, ending with:

What is your profession now? I see you remain not only interested in but also competent at mathematics. May I hope that you are teaching? All best wishes, Πeter

Tributes to Peter: a fantastic man, educator and mathematician.

A suite of circle theorems

The circle theorems are usually encountered in the UK’s GCSE maths exams. They are perhaps a rare example where students at that level encounter mathematical proofs, although it would be surprising if any but the easiest of these proofs were required in an exam.

Thales of the unexpected

Another surprise is that several of the proofs presented to students are incomplete or misleading. You can read more about this in the inscribed angle and cyclic quadrilateral posts.

Walking through the theorems

Thales combines ease and elegance, without any trickery. The three most significant and interesting theorems are inscribed angle - which is the one with the poorest proofs online - cyclic quadrilateral and alternate segment.

These last two major theorems rely on the inscribed angle result, so a proof which takes just a special case is less than ideal. The three results on tangents and radii hardly set the pulse racing. Only the tangent radius result is required elsewhere.