This article examines volumes and market shares for the critical illness cover (CIC) term market, including stand alone and accelerated covers. We name the top 5 CIC companies for 2000, 2010 and 2020, compare the term and CIC markets in 2020 and look at patterns across the years.

I would like to acknowledge and thank Ron Wheatcroft of Swiss Re for fielding a number of data queries. Any errors and views expressed here are my own.

Let’s start by looking at market volumes and the share of the top 5 across all years: 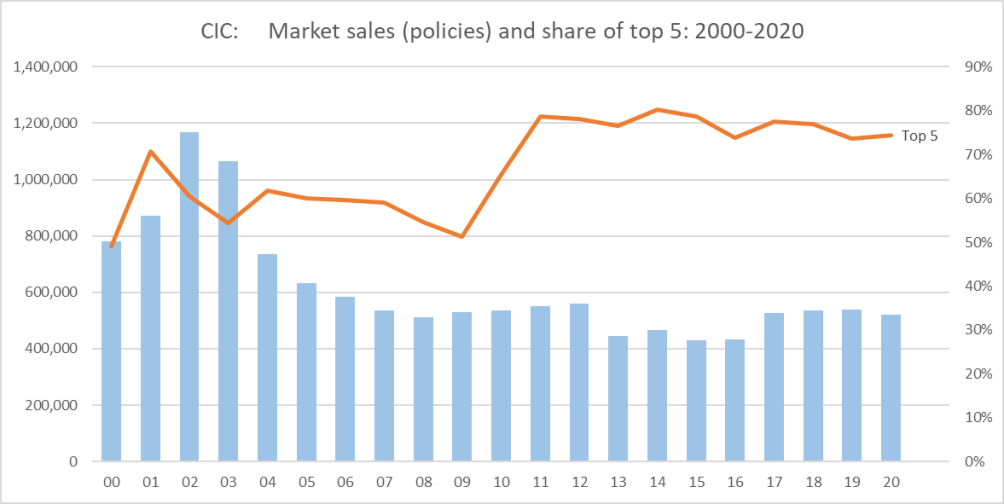 The increase in top 5 market share over 2009-2011 reflects that for term, although the subsequent fall back has been less.

We now include 5 new lines, showing the market share for each of positions 1-5: 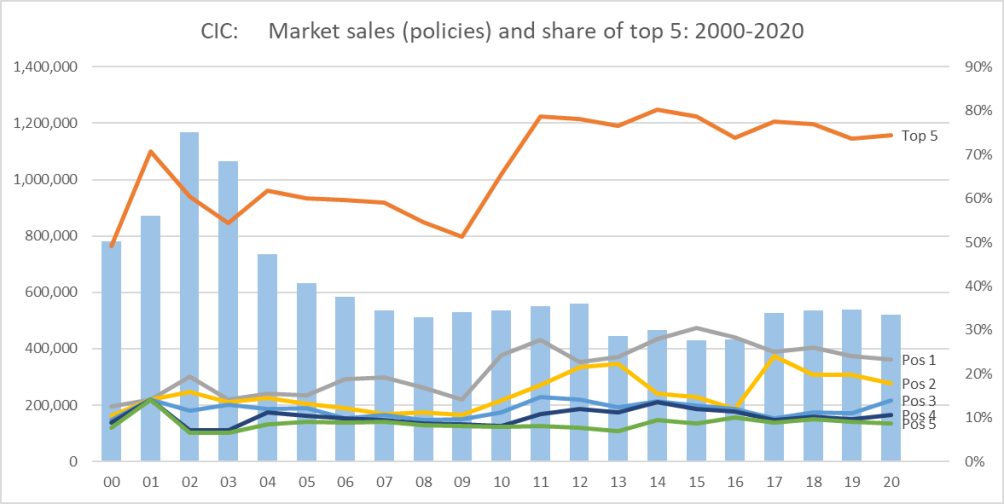 The numbers behind the 2020 part of the graph above – sneaking in the term numbers – are:

Despite the “relatively” comment above, L&G clearly dominates both markets. This is part of an old story and recurring pattern:

The raw CIC numbers are:

As we saw from the first graph, CIC sales boomed further over the next few years, before dropping following reinsurance and retail rate increases (see also TermWatch 2005, figure 4.1).

A reminder of the term (including CIC) numbers is below. The top 5 market share has moved broadly consistently for both term and CIC. For a given year the term/CIC top 5 share is quite similar. Later posts will show some difference for Income Protection and Whole Life. 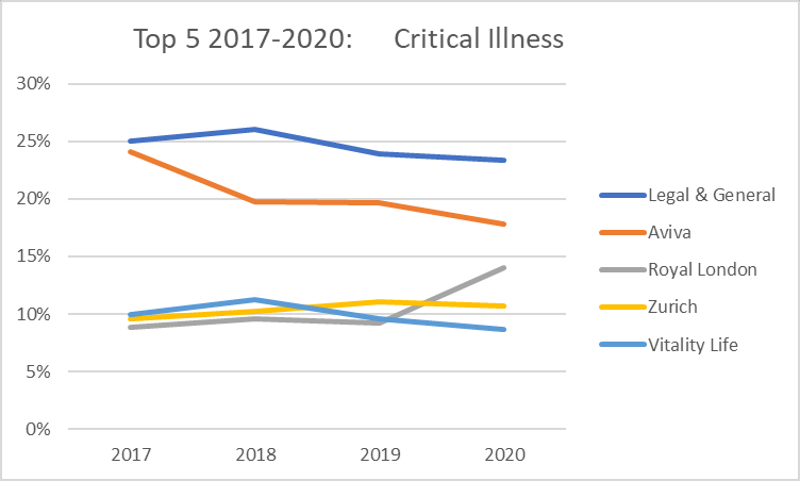 I do not (yet?) have individual company results for 2001 (HealthWatch 2002 anyone?) hence the "unknown" company. It also means that Aviva and L&G are shown as present for only 20 of the 21 years. I am confident that they are ever-presents and assume this below.

Over the time period only two companies have been ever-presents.

Aviva (originally Norwich Union) was placed anywhere from 1st to 5th between 2000 and 2011. After then Aviva has always placed 2nd or 3rd. In 2017 it doubled its market share, but has since fallen back somewhat. Its current (2020 sales) market share is almost 18%.

Turning to other companies:

Friends Provident has 11 top 5 CIC placings. With Scottish Widows it is the only player to achieve a 10% market share in its last appearance. Friend (Life) was taken over by Aviva in late 2014.

The deal will make Abbey the market leader in the fast-growing protection insurance market, including critical illness and permanent health cover.

This was probably a comment on the IFA protection, where “ScotProv” was indeed a powerhouse. Things went downhill and (eventually) Scottish Provident was acquired by Royal London in 2008. As this later acquisition was from the Pearl Group it is clear that much was happening.

Sad that Scot Prov are no longer here? You can still see this: 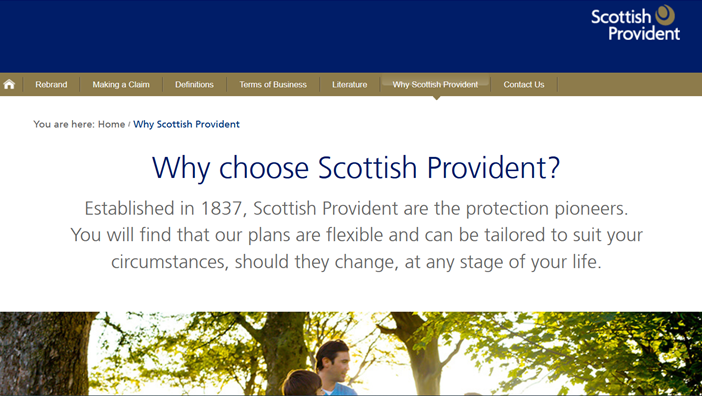 Two companies very much still with us:

Vitality Life has been a top 5 CIC player since its first appearance in 2014, having acquired PruProtect. While critical illness is its flagship product – and Vitality can genuinely claim to have changed the market – it has fallen back from 3rd in 2016-2018 to 5th in 2020. Vitality has not yet mounted a real challenge in the life term market, meaning no top 5 term appearances to date.

Zurich has been 3rd or 4th in the CIC market since 2017 and 4th or 5th in the term market since 2015. It’s a company unique in the protection market – excepting Friendly Societies – as it uses little external reinsurance. It’s big enough to take the risk, but reinsurance has many other uses.

Finally Axa, HBOS and HSBC made few appearances, with the banks gaining market shares of between 7% and 10%. Will banks ever again be big in protection?

My aspiration is to extend this series, giving: